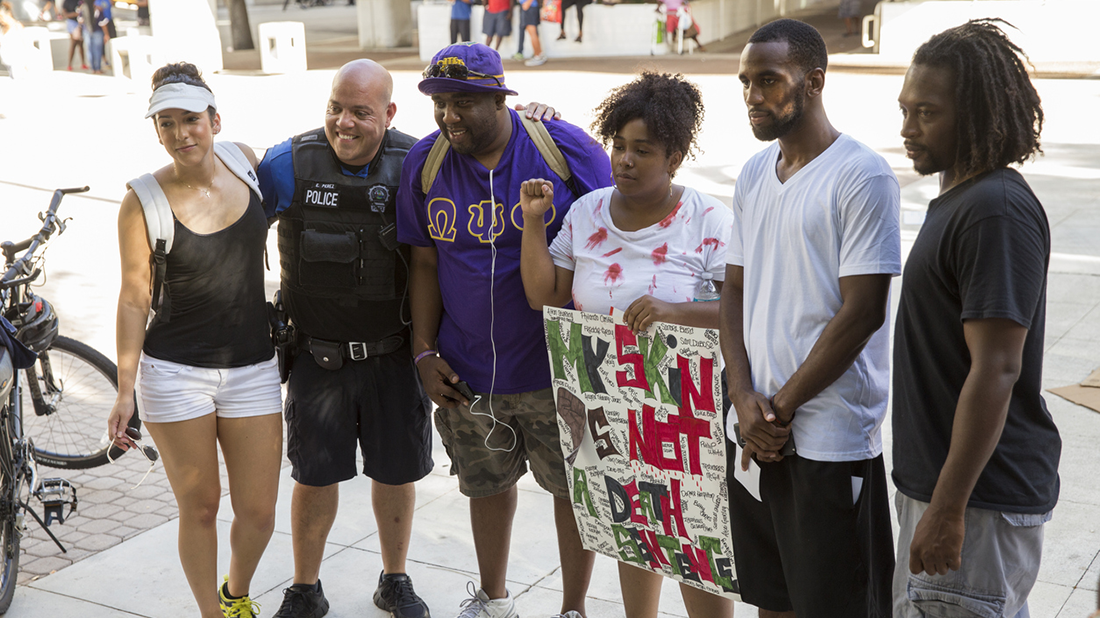 2016 was a difficult year in police and community relations, with high-profile flare-ups across the country. APA embraced this teachable moment to help bridge relations between communities and the police forces hired to keep them safe.

In November 2016, the Public Interest Government Relations Office and APA engaged federal policymakers in a congressional briefing on Improving Police-Community Relations: Psychological Perspectives to explore how improving relations between law enforcement and communities of color can reduce violence between police and the public. Psychologists with expertise in race relations, implicit bias and community policing spoke about the effect of racial profiling on communities and people of color.

Programs like this are key examples of how our expertise and network of member psychologists can be called upon to make a difference in society.

APA is committed to policies that ensure all Americans are treated fairly under the law, and psychological research can provide direction for law enforcement efforts to reduce crime and increase community trust.
—Gwendolyn Puryear Keita, PhD, Executive Director of APA’s Public Interest Directorate

APA and partners will continue to work on police–community relations, working with the Justice Department’s Civil Rights Division and COPS (Community Oriented Policing Services) Office to sustain and improve relationships between law enforcement and communities, and focusing on police mental health and on the role of bias in law enforcement. APA will also continue to urge Congress to use its critical oversight role to sustain reforms.

Related articles in the APA Monitor:

For more on police and communities of color, go to the APA Public Interest blog “Psychology Benefits Society” and search “police.”